How is primer shortage affecting your shooting or your matches? 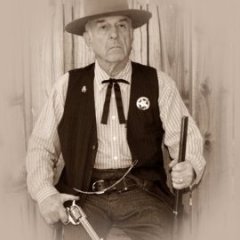 By Roger Rapid,
May 21 in SASS Wire

Cut down the amount of stages or round count and no one will shoot...kind of the Socialist effect. Take from those that have and everyone has less.   I too covered my butt by having inventor

Don't think anyone is saying "10-10-4 or I'm walking"... Hello strawman! But reducing stages to 5-5-2 is a waste of time for most and has nothing to do with mixing things up.