For folks that didn't shoot cowboy ACTION back 20+ years ago 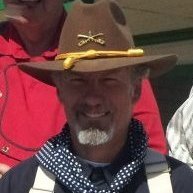