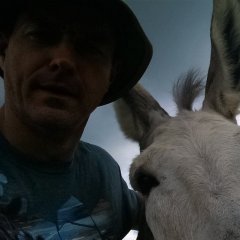 Leather, in the safe?