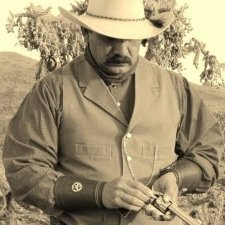 By Hashknife Cowboy
May 6, 2021 in SASS Wire Saloon