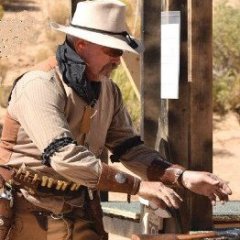 Less shooting and hunting activity within the US means less interest in companies being started and run by shooters.  When companies are just run to make money, not the products that their owners inve

You can load every caliber used in SASS, including 12ga SG with with Unique.  OLG

IMHO, the best powder for .45 ACP is Bullseye.