Where are all the pistols and rifles 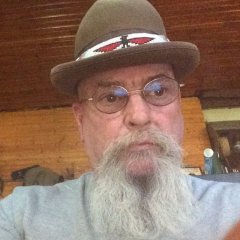 By Tennessee Trapper Tom,
May 1 in SASS Wire Saloon