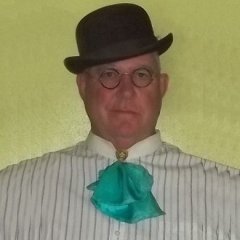 What has two thumbs and...