Shooting on the move 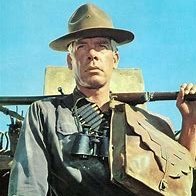