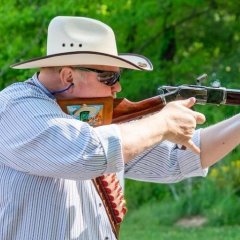 Well I don't stand a chance shooting against TW and Randy, but that won't stop me from trying.  Put me down for Duelist.  I'm definitely shooting Alabama and Tennessee and was thinking about adding Ge

Say hey Capt BB   Sounds like fun...lets see, the person who suggests something like this is the Director...right?   Imis