Problem with a Norinco 97 shotgun 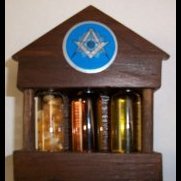 By Nickel City Dude,
May 18 in SASS Wire Saloon