Who Got You Started? 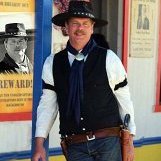 Johnny Shiloh - I showed up at Firelands Peacemakers in Rochester, OH one Saturday 12 years ago with a pair Vaqueros and needing to borrow a rifle & shotgun. He loaned me the long guns & coach

English Andy of Las Vegas, NV was the guy. We met first due to common interest in Rock N Roll music/gigs. Then while I was at a Shootist Holiday at Whittington Center near Raton, NM, in 98 or 99, my 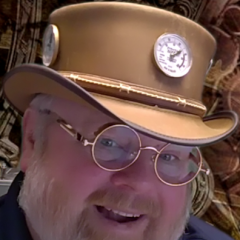 I blame Hogleg Smith, followed closely by Cherokee Charlie and Robin T. Banks.   I picked up Hogleg Smith's card at a gun show, because I had just moved to the area and you never know when you'll ne