OK, who got registered for EOT?! 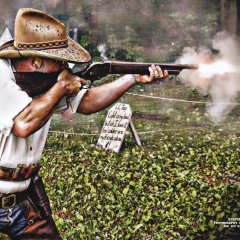 Full in 2.5 hrs.  Maybe SASS will give more thought to future EOT’s east of the Mississippi??? Maybe every other or every third year.  Obviously there’s a huge demand.

*EOT Entry Processing Update* Whew!! It has sure been a crazy couple of days here at SASS HQ trying to get a good handle on the hundreds and hundreds of entries received for EOT on Monday. In a

The Barleycorn’s are in.