Can bullets cause inconsistent OAL? 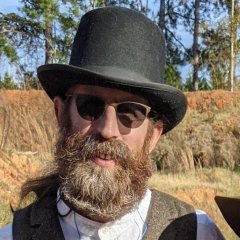 By Fretless,
March 5 in SASS Wire