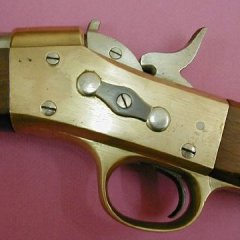 By Dusty Morningwood,
May 9 in SASS Wire Classifieds