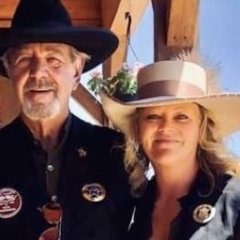 By Misty Moonshine
November 8, 2012 in END of TRAIL