Looking for video of shooting on the move 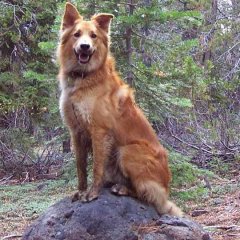 By wyliefoxEsquire,
May 15 in SASS Wire