Where Do You Get Deep-Grooved Black Powder 45 Colt Bullets? 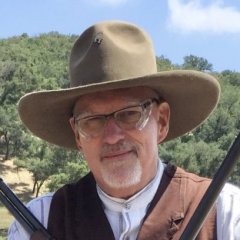