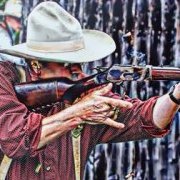 Correct, a state owned facility, that is in one of the most corrupt and anti-gun states in the country. (and yes I unfortunately live there)   Yes, lots of camping, but alot of us don't camp and there

That's what I thought but Irish Ike's post said is was going to be held East of the Big Muddy.   What we really need is 3 or 4 venues that each take turns hosting both the National and World