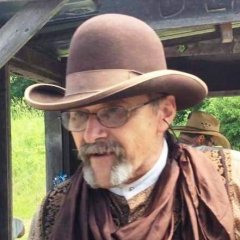 You forgot to mention it's a 4 day party/family reunion (where you actually like everyone) that a shootin' match happens to break out.

The foot is healing up fast!  Not sure if it’ll be completely healed by match time, but I’m hopeful!!     The band is warming up already.  We’re gonna’ ROCK!!

Survived the surgery yesterday!!  Schoolmarm says that the doctor said it went well!  I didn't see him after the recovery room got through with me, so I don't have any details.  I do know that they di