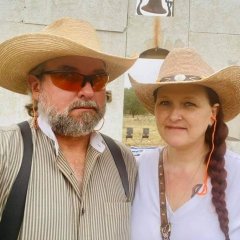 With winter coming, I wouldn't load less than 5.0gn of TG. Use a firm roll crimp. Forget that bunch of crybabies-find a real SASS club. OLG

I’m hoping this isn’t the closest club to you.  Forget about ‘em, Loco.   If I’m mistaken and you’d like to shoot there again, maybe I’ll ride out for a match.  I’ll bring .44 that’s chrono’