Dipping the toes into frontier cartridge and frontiersman 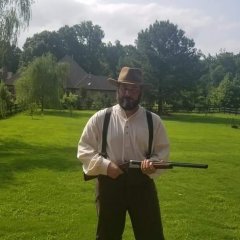