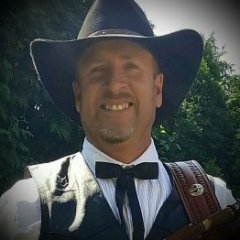 LOOKING IT INTO THE HOLSTER